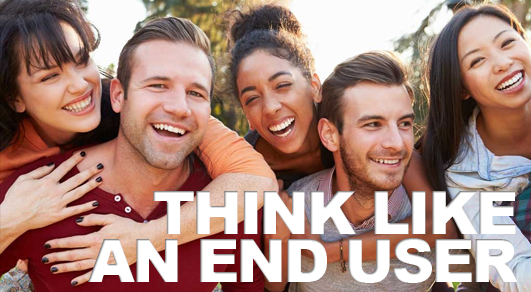 Posted at 00:44h in Technology Blog by admincheckpoint
0 Likes

It was the weirdest bug that I had ever come across. I was the Lead Tester on a mobile project for a major paint company. One of the Testers on my team came to me complaining about a developer who was working from home. Apparently he kept rejecting a bug she had submitted. She went through the steps to recreate the bug several times to show me that there was in fact, a legitimate defect in the functionality. I reopened the bug. But the developer sent back video clips of him going through the same exact functionality, and it was working as expected. We were testing on the same device and operating system.

At first, I thought I was going crazy, until we realized that we were testing on 4G at work, and the developer was testing on Wi-Fi from home. When the developer switched to 4G, he experienced the same bug we were experiencing. Mobile testing was still new at our company, and I didn’t even think to ask the question.

This is why it is so important to think like an end user when we test software. Our end users do not sit at a desk, stationary, in a cubical, executing test scripts, on a desktop computer, using Browser/Device simulation software. The average end user is on a mobile device, busy, and in transit. If our end user doesn’t get what he or she needs in a matter of a few seconds, they transition their business to a competitor with a better website.

Thorough Quality Assurance testing doesn’t just mean switching between browsers, devices, and operating systems. Thorough testing means getting up, leaving your desk, taking the elevator, taking the stairs, and walking around the parking lot, while navigating through your test site. Thorough testing means coordinating incoming texts, phone calls, or emails, while testing functionality on devices. Thorough testing means researching and understanding your target customer, getting into their mind, thinking like them, and then scripting with real life possible scenarios in mind. Simply covering the requirements recorded on paper may meet project requirements, but it doesn’t ensure usability. See if you can convince your management to let you drive out to a field if you have to. But unless you have simulated the lifestyle and routine of your end user, your job as a tester isn’t done.